The city hall (Hotel de Ville) in Aix-en-Provence is one of the community's most famous landmarks.

The facade of the city hall was built in the 17th century and incorporates an Italian style of architecture. 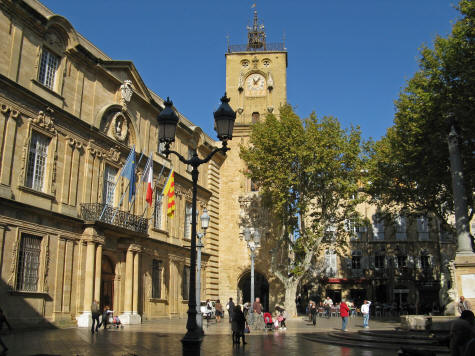 The building is situated on the picturesque central plaza (Place de l'Hotel de Ville) which features a stunning 16th century belfry with an astronomic clock.